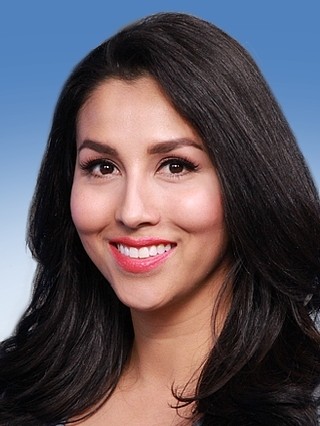 Victoria Sanchez is proud to be the ABC7/WJLA-TV Health Reporter.

She works to be an impartial journalist, bringing humanity to the often faceless stories that fill up social media feeds.

Originally from California, Victoria worked in Colorado and now calls the East Coast home. Victoria is an Emmy award-winning journalist who joined ABC7 News in January 2018.

Victoria comes to Washington from KUSA-TV in Denver. Prior to covering news in Denver, she worked as a reporter and anchor for KEYT-TV in Santa Barbara, and both KCOY-TV and KKFX-TV in Santa Maria.

She started as a general assignment reporter in 2010 after working as a public information officer for the County of Santa Barbara in California for two years.

Victoria graduated from Santa Barbara City College with her associate's degree and transferred to the University of Southern California to earn a bachelor's degree in Broadcast Journalism and Political Science. Victoria also earned her master's degree in Public Administration from California State University, Northridge.

Victoria loves spending time with her daughter and husband. She also loves to train in Brazilian jiu-jitsu, watch cooking shows and The Price Is Right. The game show reminds her of the time she won a car on the show with Bob Barker when she was in college. It’s a funny story she loves to share. Although not a daredevil, Victoria went skydiving once – and that was enough for her!

Feel free to reach out to Victoria with story ideas, questions or just to say hi.