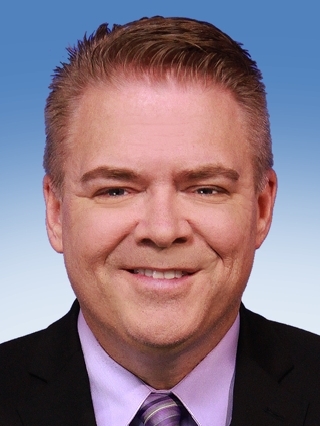 Scott Taylor is a national award-winning investigative reporter. Scott joined the 7 On Your Side I-Team on July 1, 2016.

Scott is responsible for breaking major stories while at ABC7, including the investigation into a secret classroom recording that led to changes in West Virginia law, shutting down a USDA lab in Maryland that was euthanizing thousands of kittens, and exposing a dairy farm in Pennsylvania that was accused of animal abuse, which resulted in Nestle ending its relationship with the farm.

Scott's nationally recognized investigations helped to expose the Cleveland abduction story where Ariel Castro kidnapped and held three young girls for 10 years. He broke investigations into animal abuse on dairy farms in multiple states, convinced the EPA to launch a federal investigation of the Clyde Cancer Cluster that killed seven children and sickened more than 30, and has shined a light on fraudulent ministers, corrupt cops, rip-off artists and "no comment" politicians for more than 25 years.

Scott came to WJLA-TV/ABC7 from Cleveland, Ohio, where he was a highly recognized investigative reporter at WOIO-TV. Scott has also worked at WSYX-TV in Columbus, Ohio; WHBQ-TV in Memphis, and WXOW-TV in La Crosse, Wisconsin.

He is a National Press Club Award winner and has won multiple Genesis Awards and Emmys.

Scott is a supporter of numerous charities, most notably Wags4Kids.org, a non-profit that trains service dogs for kids with mobility issues.

Have a tip for Scott? Email him at scotttaylor@sbgtv.com.