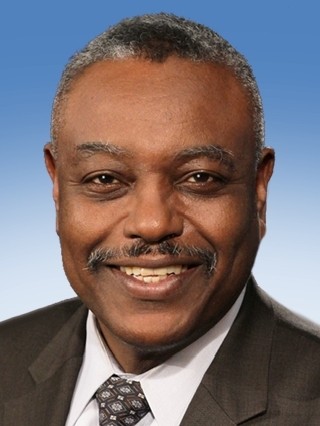 Sam Ford of Washington, D.C. is a general assignment reporter for ABC7 and WJLA 24/7.

He has been with WJLA-TV for 35 years. He has been a broadcaster for 45 years, starting with radio stations in Kansas and Minnesota before moving on to television.

Previously, Sam spent nine years as a correspondent for CBS News. During his tenure at the network, he was stationed at CBS bureaus in New York, Atlanta, and Washington, D.C. Prior to CBS, he reported for WCCO-TV in Minneapolis, Minnesota.

Sam is a founding member of the National Association of Black Journalists. He has a number of journalistic awards AP, New York, Edward R Murrow and several regional Emmys.

In his 35 years in the nation's capital, he says he has covered everything from the White House to the crack house. His focus at WJLA has mainly been District of Columbia government, life and crime. His title is DC Bureau Chief for ABC7 and WJLA 24/7.

He is extremely interested in history, particularly Black history. He was able to trace some of his ancestry to slaves owned by American Indians in Oklahoma. It turns out that his father’s ancestors likely came from Nigeria. Ford learned that by the new method of tracing roots through DNA. Ford has traveled to Nigeria twice looking for further clues as to his ancestry.

He's been married to Gloria Murry since 1981. They have a son and a daughter: Murry Ford, a hospital executive, in Atlanta Georgia and Gina Ford, a strategic communications specialist.