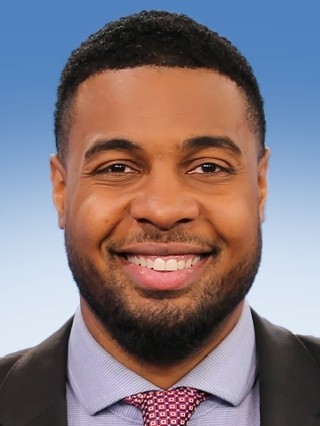 His sports background started on the basketball court in Illinois. During his college years he helped lead the Millikin University Big Blue to their best start in recent years. He also graduated early earning a bachelor's degree in Communications.

He began his broadcast career behind the scenes at WAND-TV where he moved from overnight news content editor to weekday reporter. From there Robert moved down south to KATV, the ABC affiliate in Little Rock, Arkansas. There he anchored sports on the weekends for three years. Robert has had the opportunity to cover everything from SEC Football to NCAA March Madness.

Robert is a Chicago, Illinois native. In his spare time he likes to get in a good game of basketball, so let him know if you think you can take him.