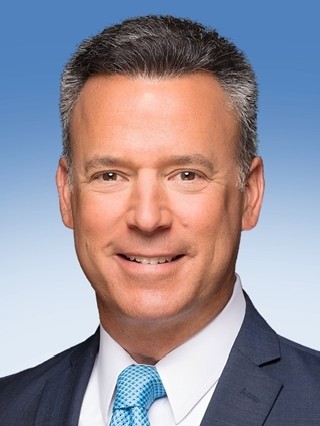 Jonathan Elias is an award winning journalist and has been recognized both nationally and locally for covering and reporting stories. Right now Elias anchors our 4, 6, and 11 p.m. on ABC7 News, as well as our 10 p.m. on WJLA 24/7.

He also heads up the 7Salutes beat, where he is constantly looking for stories about our men and women who are serving or have served in the military.

Elias joins ABC7/WJLA-TV from WBZ in Boston where he was a primary anchor and a lead reporter. On the day of the Boston Marathon bombings he was the only reporter to be standing on the finish line. His coverage earned him the highest journalism awards in the business, a DuPont, a Peabody, and a National Emmy Award. While in Boston Elias earned Emmy Awards for being the best anchor, writer, and for four years in a row the best general assignment reporter. He covered blizzards, hurricanes and parades for the Bruins, Red Sox, Celtics and Patriots.

Before Boston, Elias was the main anchor at KNXV in Phoenix. He traveled the country covering big stories including Hurricane Katrina, Hurricane Rita, and the Washington D.C. sniper case. His investigative work exposed a gaping hole in the T.S.A. screening process earned him a national Peabody Award. Elias also started the Welcome Home Project -- a group that worked to recognize and thank returning Purple Heart Veterans.

During his career Elias worked as a primary anchor at KCBS in Los Angeles, WCCO in Minneapolis and as a reporter in Birmingham and Joplin.

He has reported from important stories including the L.A. Riots, Oklahoma City bombing, the crash of TWA 800, and the Oakland Hills fire. He’s covered hurricanes, earthquakes, floods and politics.

His work has been recognized with three George Foster Peabody Awards, an Alfred I. DuPont Award, a National Emmy, and 25 Regional Emmys.

In addition to his work as a journalist Jonathan has served as an Honorary Commander at Hanscom Air Force Base for three years, and for nearly a decade has served as an instructor at the U.S. Army War College.

Elias graduated from California State University at Northridge as a history major. In his free time he enjoys golfing, traveling, reading, working out and searching for the perfect BBQ.