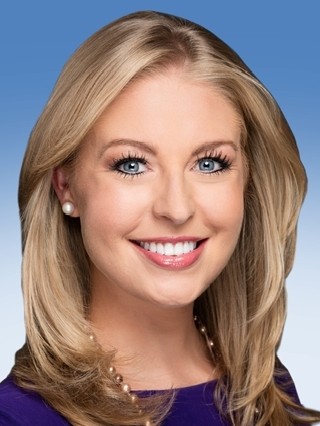 Eileen has been a weather enthusiast since the age of 6. Her love of weather started primarily because of her dad’s business. Her dad is a commercial roofing contractor, so his business relies heavily on day-to-day weather forecasts. Eileen says she has fond memories of watching various weather reports with him in the mornings before she would leave for school and he would head off to work. Eileen vigilantly watched the radar and updated her dad, via cell phone, where the rain/storm/snow was located and where it was headed, so he knew which jobs he could complete outdoors (this was back in the day before our cell phones could give us live weather updates/ live radar streams through Apps like First Alert).

Her passion for weather continued to grow, as the years went by. She would track storms "live" from outside her house, would pin paper maps on her walls and pretend she was giving a live weather forecast on air, and compared her own forecasts to other local meteorologists. She actually watched both Doug Hill and Bob Ryan!

After graduation, Eileen landed her first on air position at WBOC in Salisbury, MD. She started off working the weekend morning show and then went on to anchor the weekday morning and noon shows. Now she’s back, where all her forecasts started -- in DC!

In her off time, Eileen enjoys spending lots of time with her family and friends, reading a good book on the beach, trying new craft beers, exercising, learning new things about the weather, and meeting new people.