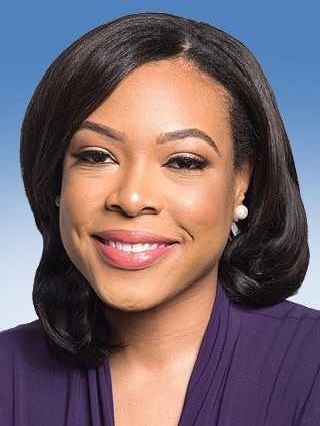 Born in Jamaica, Anna-Lysa Gayle has always had a passion for documenting events happening around her. She started documenting her life as soon as she could form real sentences. Since then, she has remained committed to her passion for storytelling.

At 11 years old, she moved to the United States to Brooklyn, New York. As she moved to other parts of the East Coast, her love for journalism only intensified. In 2009, she enrolled at Howard University where she studied Broadcast Journalism. During that time, she interned with companies like WTOP-FM and CNN. She was also selected for competitive programs like the Meredith-Cronkite Fellowship, the T-Howard Foundation, the CBC-UNC Diversity Fellowship, MTVU, ONA student newsroom and NABJ’s student multimedia project.

She started her career at WHSV-TV in Harrisonburg, Virginia before moving on to WLKY-TV in Louisville, Kentucky, for nearly three years. While in Kentucky, she received an award from the Associated Press for her continuing coverage of a case involving four young men, coined the "Misidentified Four."

In July 2016 Anna-Lysa joined the news team at WJLA-TV, where she continues to tell stories that she hopes will leave a lasting impact.

She is a three-time Emmy award-winner, earning them for her reporting on the National Museum of African American History and Culture, the fatal Flower Branch Apartments explosion in Silver Spring in 2016, and the Congressional baseball practice shooting in Alexandria, Virginia. She is also the recipient of the Distinction of Hope Award.

You can watch Anna-Lysa Gayle at 10 p.m. on WJLA 24/7 News and at 11 p.m. on ABC7 News. You can also follow her journey on her website AnnalysaGayle.com, or email her at ALGayle@sbgtv.com.